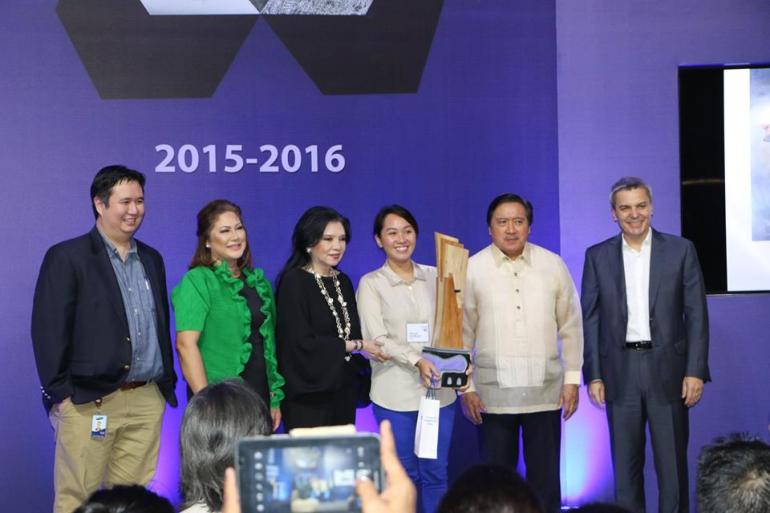 Presented by PMFTC, Inc. — a joint-venture company between Philip Morris Philippines Manufacturing, Inc. (PMPMI) and Fortune Tobacco Corp. (FTC) — and the Yuchengco Museum, together with Samsung Philippines, the PAA continues its mission in providing the necessary ideal and challenging arena for art competition.

“[The PAA is] regarded by general consensus as a pinnacle to be scaled, as a kind of Mt. Olympus… a summit many Filipino artists, whether established or emerging, aspire to reach. Inarguably, the PAA is the preeminent art competition in the country,” PAA judge and art critic Cid Reyes said during the awards night on Aug. 25 at the Yuchengco Museum in Makati City.

National winners were also selected from the 20. Awards of Merit were given to Mr. Cubacub for his work Ipagpaliban at Itakda, and Ms. Dionisio for Through Troubled Water, For High Times and Love. The Awards of Excellence meanwhile were given to Mr. Mirabuena for Quintessence of 12 Arm Chairs, and Mr. Pilapil for Bridge. The Grand Price winner is Mr. Sy for Paradise Lost 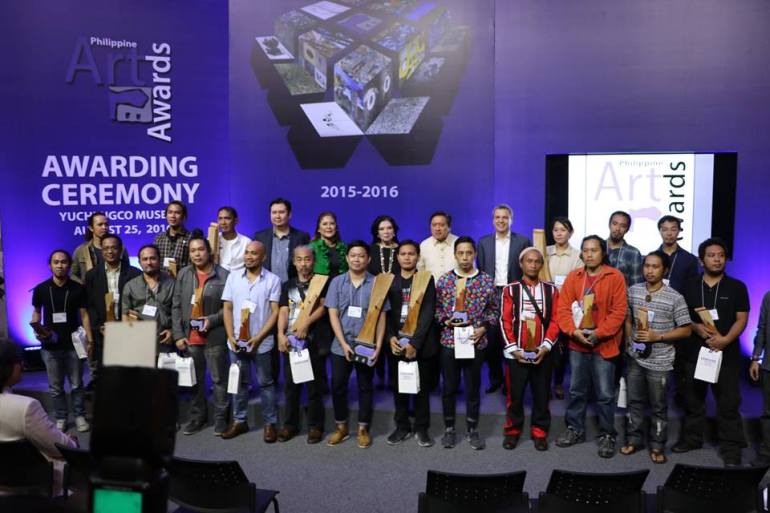 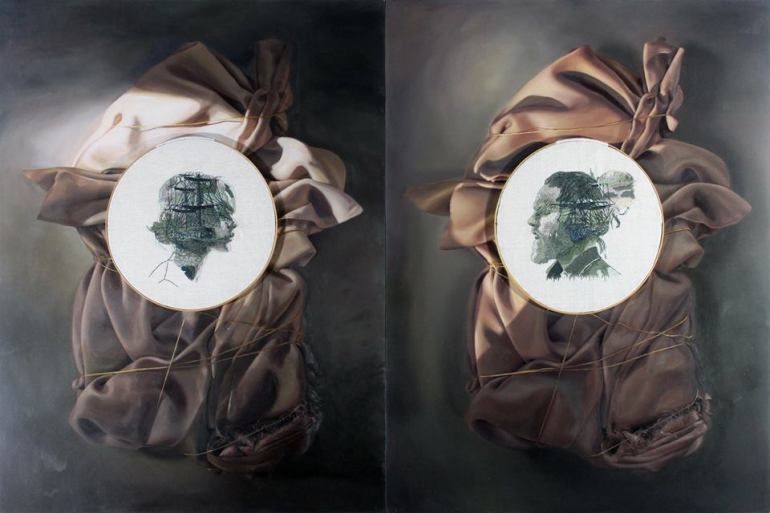 Through Troubled Water, for High Times and Love

Embroidery  on canvas. Two types of ground stretched separately, but on top of each other. These are the conditions by which images interweave in the work. Pigment, thread, image of wrapped objects, portraits cohabit the pictorial space in a reflection on conflicts and coexistence. – Patrick D. Flores, PhD

The artwork is currently on exhibit until September 10, 2016 Saturday.